Many fortunes have likely been lost by traders betting that things would “return to normal.” But as the Greek philosopher Heraclitus said, “change is the only constant in life.”

What am I trying to say here? I think it is that we should be looking to the future and not the past. Twenty years from now, I think a lot of things will be put in context with the words “that was before Covid” or “that was before Russia invaded Ukraine.” That’s how some of us (older) folks put often put historic events into context, saying things like “that was before the Internet bubble crashed” 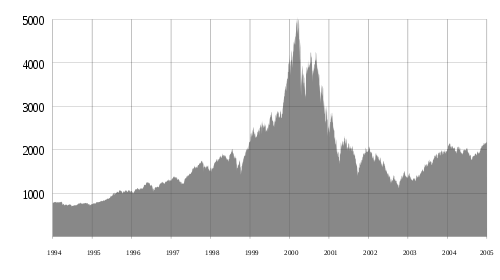 or “remember what Wall Street was like before the Lehman moment“ in 2008.

So, what am I trying to say here??

It is that I believe those writing about FAANG 2.0 are on to something. Jim Cramer is credited with coining the acronym used to refer to the group of technology powerhouses in 2013. The original “FANG “was Facebook, Amazon, Apple, Netflix and Google, but Apple was added in 2017 creating “FAANG.” For almost a decade, those companies have ruled over the market, driving NASDAQ and technology indices ever higher.

Recently, a few people have identified themselves with the derivative “FAANG 2.0.” The future of the acronym (and equity market appreciation), they say, is  fuels aerospace, agriculture, nuclear and gold. I am very inclined toward this argument, and I probably have Breakout Investors, Florian Buschek and Christopher Hampton to thank for this. It was Florian, in late 2020, that opened my eyes to the emerging opportunities in nuclear power and uranium. And then in 2021, it was Florian that exposed the community to the diamond miner, Daimcor. 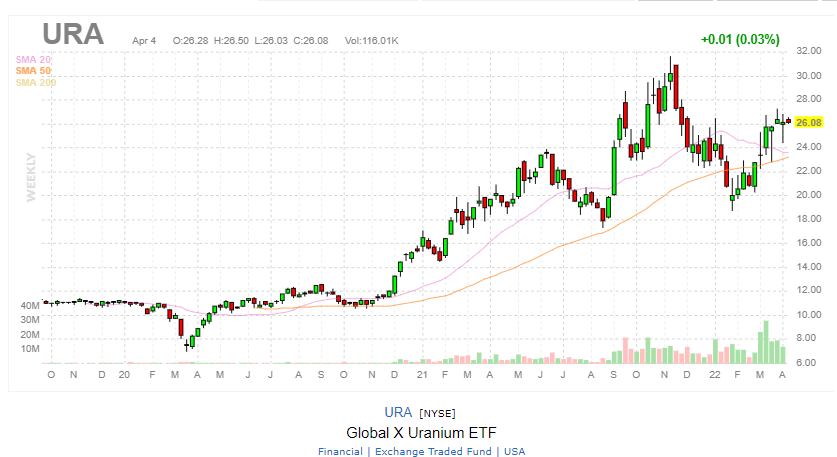 Christopher Hampton was also out ahead of the FAANG 2.0 idea. In early 2021, Christopher was busy educating the community on rare earths, but even more, copper. He and I have become fairly obsessed with studying the coming demand vs supply imbalance expected as a result of the drive to adopt electric vehicles. And this included catching on to the work of Goldman Sachs pointing to a coming Supercycle in commodities. Even more compelling was Christopher’s identifying, in late 2021, the near term opportunity in oil. The underlying thesis was very simple – various factors have been pulling down supply while demand continues to rise. Basic economics told us that the result would be rising prices for crude.

Christopher didn’t just talk about the opportunity, he went out and found some private investment opportunities for the community before 2021 year end, allowing some of us to enjoy the sudden price increase that soon followed.

If you look, you will see a rising chorus of financial writers starting to adopt the FAANG 2.0 theme. While they never used the term, this past Saturday’s Wall Street Breakfast Podcast by Seeking Alpha included an interesting segment where the host said, “I’d like to move on to talk about tech, but I really think we need to double-down on this discussion about commodities.” They’ve got that right.

And, that’s why we have a Commodities/Natural Resources room on the Breakout Investor Platform (BIP). Join us, join the conversation. We are all about being Ahead of the Curve on the next Breakout Idea.

So, finally, What am I trying to say here? It is that you should not be focused on looking for and taking advantage of the tech rebound. Sure, place some bets, ride the trade — but the next 10 years will be different than the last 10 years. Don’t miss the supercycle in commodities. Covid and Ukraine were catalysts for major changes, don’t miss rotation away from hyper-growth tech.

Join us on the Breakout Investor Platform (BIP) to discuss FAANG 2.0 ideas and great little companies with known value-creating catalysts. We seek to be Ahead of the Curve in identifying the next Breakout Ideas. Membership and most of the content on BIP is free.

Download the Breakout Investors app to join the conversation.

It's All About the Network!

Breakout Investors is: Community, Content, and Collaboration. We are a global network of investors eager to share ideas and research as we seek to identify future Breakout Investments.